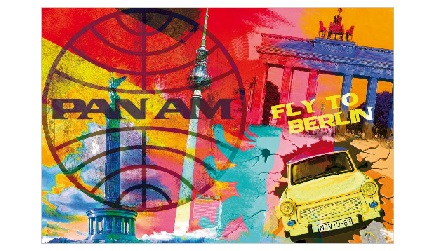 From 1950 until 1990 Pan Am operated a comprehensive network of high-frequency, short-haul scheduled services between West Germany and West Berlin, first with Douglas DC-4s, then with DC-6Bs (from 1954) and Boeing 727s (from 1966). This had come about as a result of an agreement between the United States, the United Kingdom, France and the Soviet Union at the end of World War II, which prohibited Germany from having its own airlines and restricted the provision of commercial air services from and to Berlin to air transport providers headquartered in these four countries. Rising Cold War tensions between the Soviet Union and the three Western powers resulted in unilateral Soviet withdrawal from the quadripartite Allied Control Commission in 1948, culminating in the division of Germany the following year. These events, together with Soviet insistence on a very narrow interpretation of the post-war agreement on the Western powers' access rights to Berlin, meant that until the end of the Cold War air transport in West Berlin continued to be confined to the carriers of the remaining Allied Control Commission powers, with aircraft required to fly across hostile East German territory through three 20 mi (32 km) wide air corridors at a maximum altitude of 10,000 ft (3,000 m).[ The airline's West Berlin operation consistently accounted for more than half of the city's entire commercial air traffic during that period.

For years, more passengers boarded Pan Am flights at Berlin Templehof than at any other airport Pan Am operated a Berlin crew base of mainly German flight attendants and American pilots to staff its IGS flights. The German National flight attendants were later taken over by Lufthansa when it acquired Pan Am's Berlin route authorities 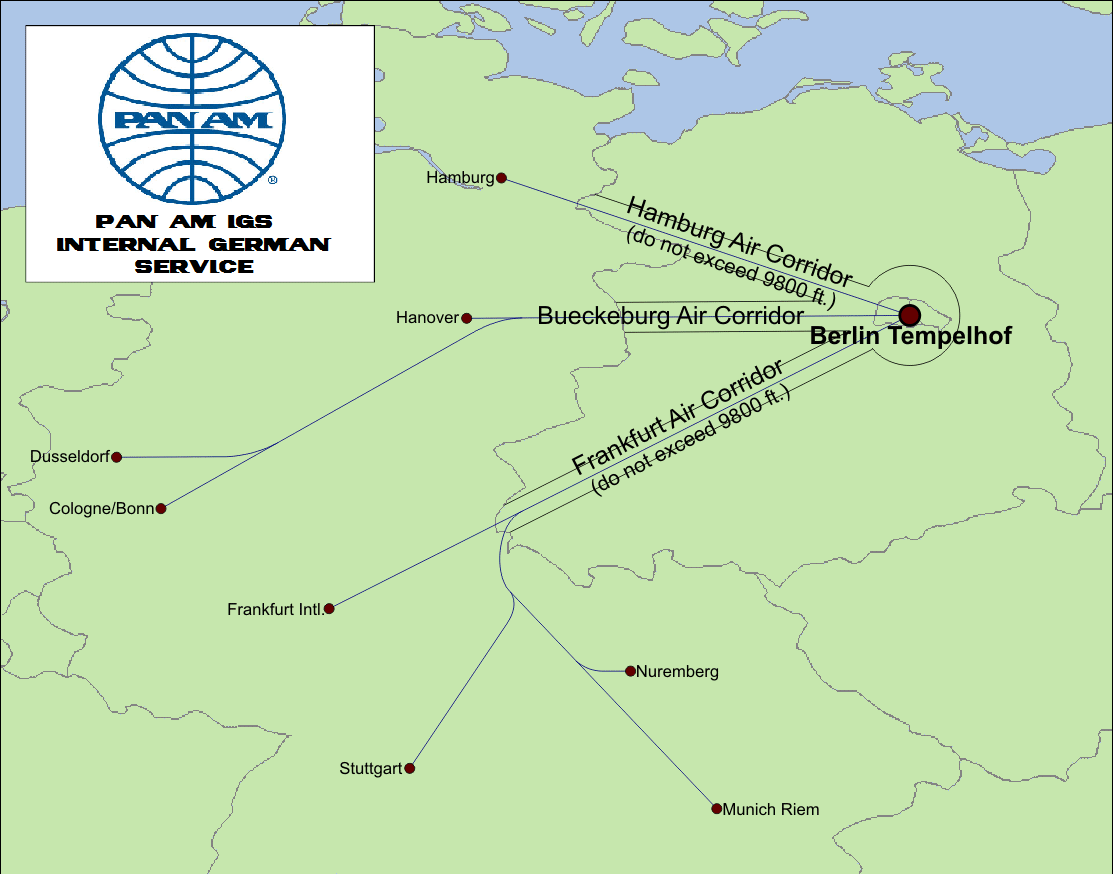